Star Wars: The Last Jedi – The Storms of Crait 1 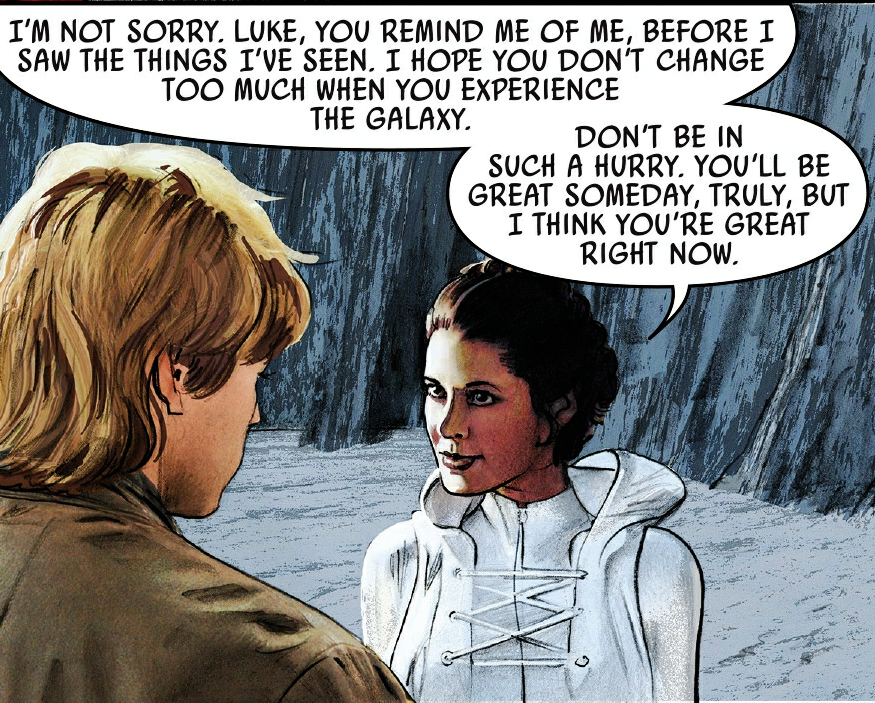 How prophetic did this conversation between Leia and Luke become? Luke still a young man being advised by his sister that innocence is always under threat, especially when you’re fighting for a cause and against all the odds. At this point, Luke was still a little wet around the ears, a young man full of promise and ready to take on the Universe. It seems somehow more believable now looking ahead from this point towards what we know of Luke’s destiny. The Luke Skywalker we see in The Last Jedi has become precisely what Leia hoped he wouldn’t, and the force could not protect him from it.

I doubt we’ll see a lot of Luke in the next movie, but I have hope that his presence in the force has a role to play yet. It won’t be what most of us wanted, but maybe it’ll be enough to tied things over in a good way?

I’m not ready for the end. I’ll be brutally honest. I’m just not prepared to say goodbye to the Skywalkers, to say goodbye to Luke. Thankfully, we’ve got a good 10 months left to prepare, and I only hope I’m ready.