Hi, everyone! This series will be a regular post on selected Star Wars literature where I choose random excerpts to share with you all.

I decided to choose this book set in The Old Republic era since I have been playing a lot of SWTOR lately. 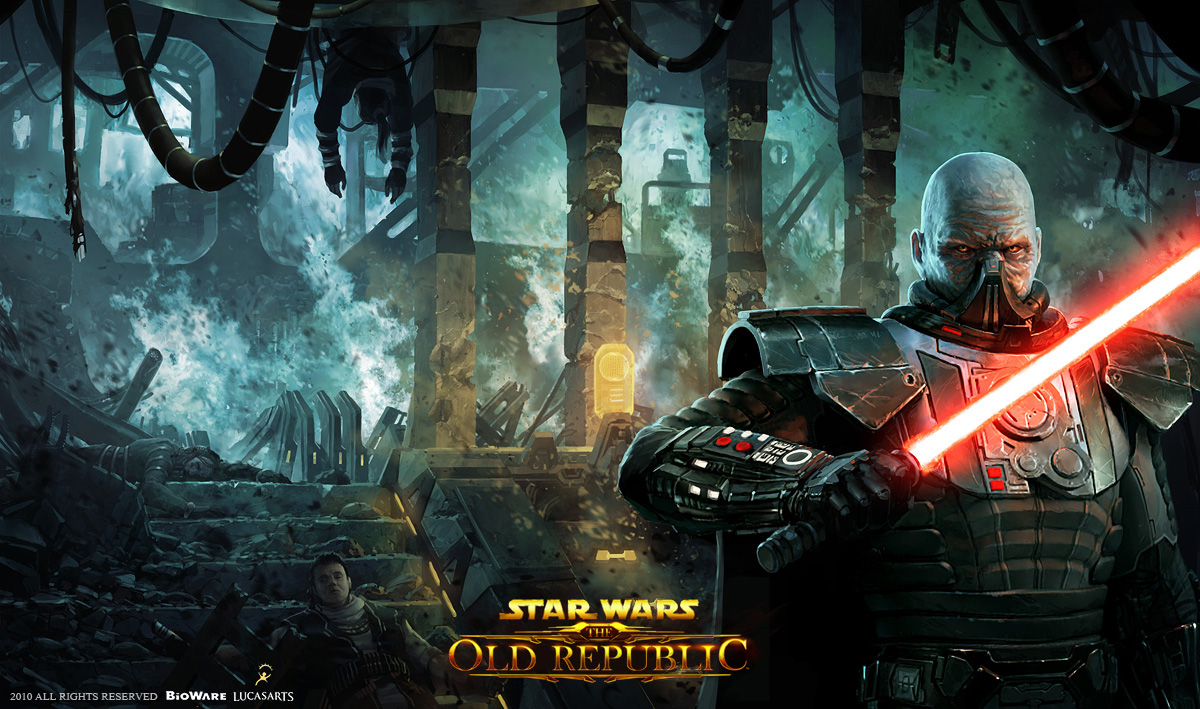 DARTH MALGUS STRODE THE AUTOWALK, the steady rap of his boots on the pavement the tick of a Chrono counting down the limited time remaining to the Republic.

Speeders swoops and aircars roared above him in unending streams, the motorized circulatory system of the Republic’s heart. Skyrises, bridges, lifts, and plazas covered the entire surface of Coruscant to a height of kilometres, all of it the trappings of a wealthy, decadent civilization, a sheath that sought to hide the rot in a cocoon of duracrete and transparisteel.

But Malgus smelled the decay under the veneer, and he would show them the price of weakness, of complacency. Soon it would all burn. He would lay waste to Coruscant. He knew this. He had known it for decades.

Memories floated up from the depths of his mind. He recalled his first pilgrimage to Korriban, remembered the profound sense of holiness he had felt as he walked in isolation through its rocky deserts, through the dusty canyons lined with the tombs of his ancient Sith forebears. He had felt the Force everywhere, had exulted in it, and in his isolation, it had shown him a vision. He had seen systems in flames, the fall of a galaxy-spanning government. He had believed then, had known then and ever since, that the destruction of the Jedi and their Republic would fall to him.

I hope you enjoyed this excerpt. Please let me know if you have any books you’d like me to look into to feature in the next post. I’m always open to suggestions.

Stay safe and I’ll see you in the next one!

One thought on “Star Wars Is Poetry – “Deceived” by Paul S. Kemp”